Like most works out there, the books of the REN'AI RENSAI series were partially inspired and written to select music. While I do not have the rights to offer the music to download, I can point you to where to listen to the music for free and even purchase it on a track by track basis. Following each selection are the corresponding comments on how the music played a part in the development of the stories. 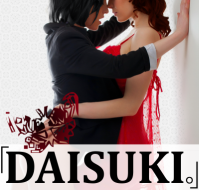 A majority of this novella was written, edited, and formatted to the discography of Miwako Okuda, setting the precedence for the entire series to be channeled with her works. The song "ALL FOR YOU" was replayed whilst writing the slow dance scene in the later scenes. Namie Amuro ballads got the most air time after Miwako Okuda. 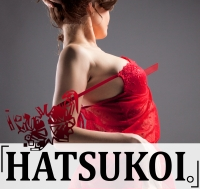 I specifically created multiple playlists using J-pop songs and albums released during 1992/1993 (and a little bit before that also) to set the tone for writing this novel. The main song of particular note here is "Standing In Blue." Akina Nakamori's entire "CRUISE" album was used as the soundtrack for the main love scene between Reina and Michiko. "Standing In Blue" was chosen to represent this album because of its atmosphere. 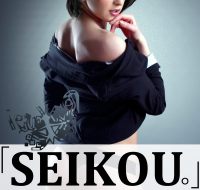 In truth, I didn't draw much inspiration from music to write this particular story. So when compiling this list, I mostly drew inspiration from other soundtracks I've made and confirmed a pattern. More Miwako Okuda. These songs in particular fit the story lyrically, so I urge you to look up the lyrics (translation is available too via Google.) Otherwise I mostly picked ballads of the mid-tempo variety. I didn't want songs that dragged, but they couldn't be too noisy either. Overall I think this has the best flow of the three so far. 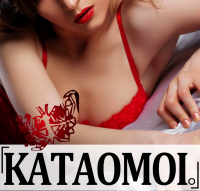 When I think of music that most defines "KATAOMOI," it has to be the heavy dance and heavier ballads that came from the late '90s in Japan. There was a lot of angst in the late '90s, especially relationship angst. When picking songs I tried to pick ones focusing on growing relationships and some rather harsh breakups. I think this soundtrack flows pretty well, aside from the Miwako Okuda song which is really slow. Lyrically though, it fits the novel to a T. I imagine it being sang from Mio's POV. 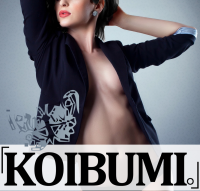 If you are familiar with these songs, then you may notice that they are all very mid-tempo in nature, and indeed almost all are ballads. I had a hard time envisioning this story taking anything but sad, yet hopeful ballads. When selecting songs I focused on this nature while also combining lyrics that focus on the progression of relationships while also looking hopefully toward the future. The final song "Zetsubou no Hate" has a theme about releasing who you used to be since your love has made you a better person - which I thought fit the story very well. 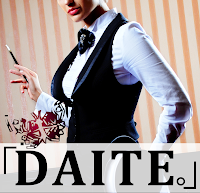 This is one of those rare novels where I had a set playlist to write to from the get go. In some cases, entire scenes were inspired by certain songs. I imagine "TABOO" being the type of song that plays in Escape (in fact, the name of the club comes from a line in the song.) "Hallelujah" heavily influenced how the ending scene at Nagoya Station played out in my head when I first outlined it. I feel like most of the songs associated with this album would be upbeat ballads, and that's what I selected for the most part.

The REN'AI RENSAI (Serial of Love) series is an ongoing look into one lesbian relationship over the span of decades, told in non-chronological order in novel, novella, novelette and short story formats.